Warning: "continue" targeting switch is equivalent to "break". Did you mean to use "continue 2"? in /homepages/8/d368127555/htdocs/leisurehm/HIEX-Tulsa-all/wp-content/plugins/revslider/includes/operations.class.php on line 2695

Warning: "continue" targeting switch is equivalent to "break". Did you mean to use "continue 2"? in /homepages/8/d368127555/htdocs/leisurehm/HIEX-Tulsa-all/wp-content/plugins/revslider/includes/operations.class.php on line 2699

Warning: "continue" targeting switch is equivalent to "break". Did you mean to use "continue 2"? in /homepages/8/d368127555/htdocs/leisurehm/HIEX-Tulsa-all/wp-content/plugins/revslider/includes/output.class.php on line 3581
 About us – Holiday inn Express Tulsa
HomeAbout us 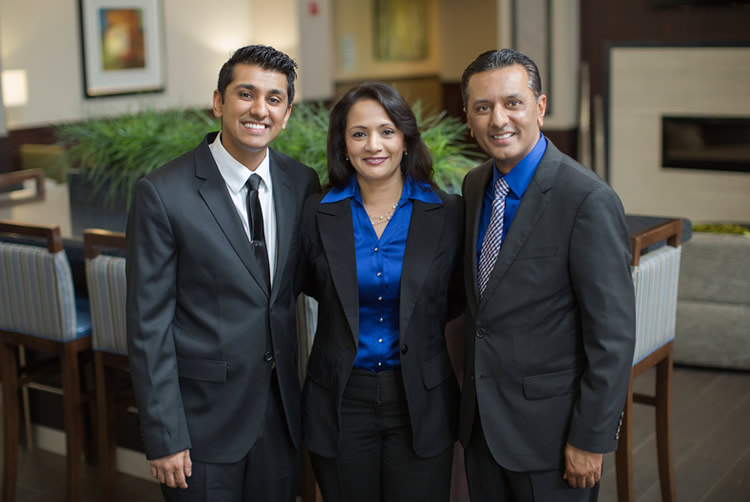 Robert Patel’s humble beginnings started when he graduated from Cushing High School in 1982. He began his journey in the hospitality field as a Front Desk Agent at two of his father’s hotels, the Wilshire Inn and La-Ze-Al Motel in Cushing, Oklahoma. Within one year, Robert’s accomplishments elevated him to Assistant General Manager for both Wilshire Inn and La-Ze-Al, and ultimately take over as General Manager another year later. Quickly afterwards, Robert decided on embarking on a more challenging role of ownership of his own property. With superior confidence (and being in the business since he was 12 years old), he shifted gears to make his dream a reality.

In 1985, Robert and Nina joined hands in marriage and together, started on their way to creating Leisure Hospitality Management. They broke away from their independent hotels in 1989-1992 when they purchased and personally operated three hotels, two of which were Econo Lodges (in Ponca City and Chandler, Oklahoma), and one Comfort Suites in Tulsa, Oklahoma.

After reaching tremendous success, they decided on embracing the next chapter of their lives – expand portfolio – sell old, build new. In the sale of multiple existing hotels (with exception to Holiday Inn Express & Suites in Jenks and Staybridge Suites in Tulsa), Robert and Nina built five new hotels in various locations branded with Marriott, Hilton, and IHG.

In welcoming the next generation of Leisure Hospitality Management, Roshan Patel – son of Robert and Nina Patel – has joined the Executive Team as their very own Director of Development, to preside over new construction and upcoming renovations.

Roshan graduated from University of Kansas receiving his Bachelors in Business Administration. In 2012, he joined the team of the Courtyard by Marriott Tulsa Woodland Hills as their Assistant General Manager. In achieving success growing overall revenues for flagship property, Roshan decided to shift his talent in growing the family business. In 2014, he accepted his new position as Director of Development to assist Robert in overseeing several new projects in Claremore, Tulsa Hills, Tulsa Woodland Hills, and Catoosa.